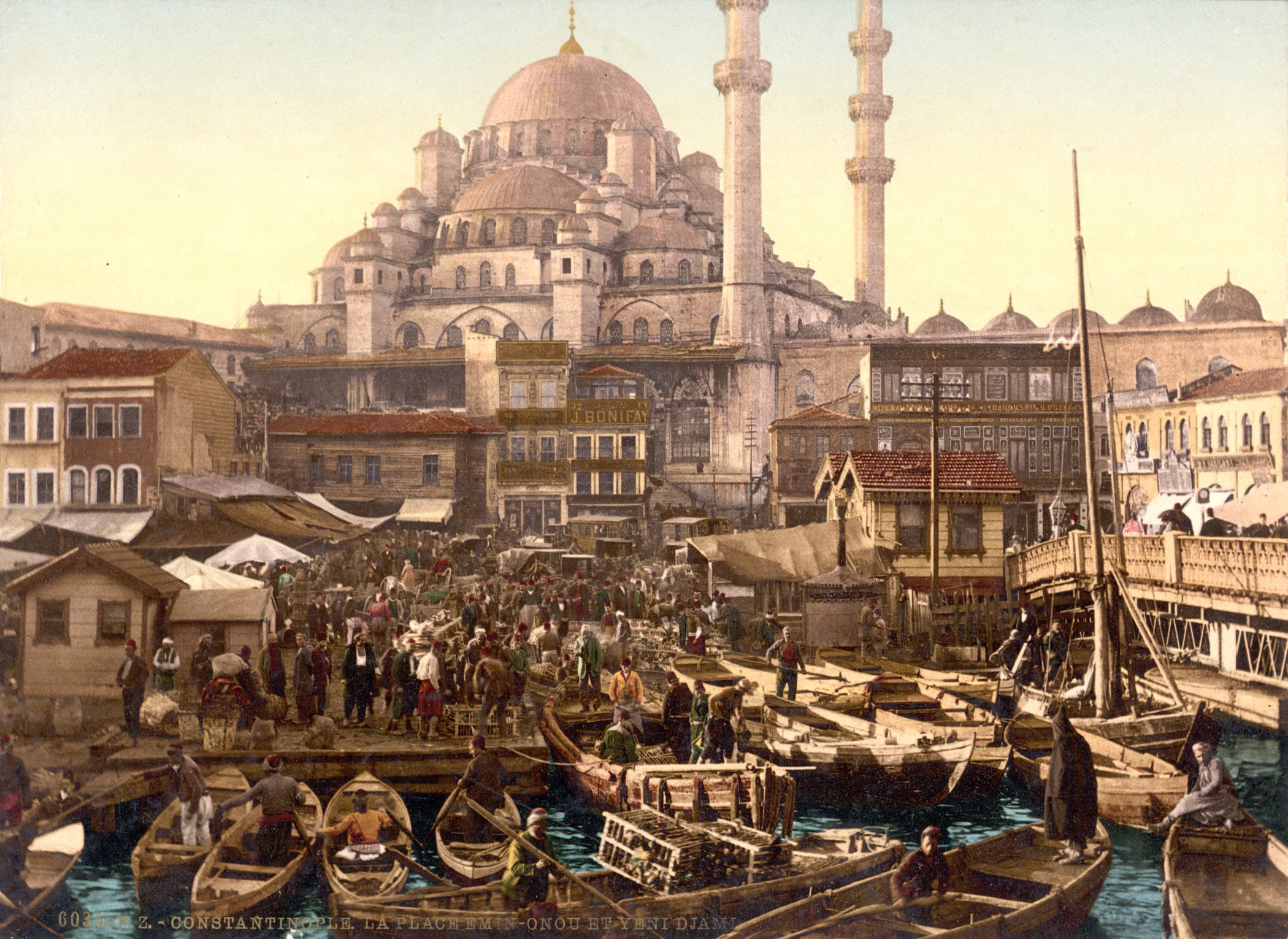 A Chance Encounter, Too True To Be Good

The Journey to Constantinople

Micaloz arrived in Constantinople just as the sun had set on an early spring evening, smells of cinnamon, frankincense and sea salt air wafting on a light breeze as smoke from cooking fires rose in tight, angled plumes from shadowed dwellings. All were dark, save the occasional flickering light of oil lamps which dotted their silhouettes like glowing eyes which followed him down the street. He pulled the hood of his robe over his ears at the hint of winter’s chill which still lingered in the air. Head down, making contact with no one, he scurried amid the empty shop stalls and rubbish lining the curbs. The clomping footfall of a horse could be heard echoing down another avenue not far away.

His journey to the city had been aboard a large merchant ship and had traversed an array of climates as it wound its way through the Dodecanese islands dotting the eastern Mediterranean. It had been considerably warmer around the south tip of Turkey. When the ship had left Antalya, it was warm enough in January that he had to shed his robes, wearing only a shirt and vest. It had rained a bit here and there, but the weather was unseasonably warm, even for Antalya. As the ship made a turn northward around the Cesme peninsula, the temperature started to drop and get cold at night. A few nights he spent shivering in his cot as water dripped from the deck above.

The voyage lasted a couple of weeks, with stopovers in Marmaris, Kos, and Izmir. Walking amid the jutting towers of the lower port castle of Izmir stirred early memories within Micaloz that made him uncomfortable and melancholic. He spent the remainder of the journey in his filthy, dank bunk in the huge wooden ship, holding up the small white stone skull and gazing into the empty eye sockets, wondering how he would go about finding the men he was once again on his way to meet. He wondered if perhaps they were looking back at him through those empty sockets. Several years had passed since his abduction, he had little to go on now except a few addresses scrawled in a ledger he had found amid Vlastimir’s belongings after the incident on the Gumushane road.

Tonight, he was weary from the trip and was making his way to an inn along the north banks of the Bosphorus Strait. There, he would secure lodging for the next few days with the few coins he had remaining, get some much-needed rest, and begin combing the streets for addresses he found in the ledger come morning. They may be meaningless addresses, he realized. There was no way of knowing exactly what he was even looking for. His thinking was that if these men were still looking for him, he may be able to meander his way into their presence. He suspected the skull he had taken off Vlastimir was some sort of a seer’s stone, judging by the manner in which Vlastimir had carried it – with such a quiet, solemn reverence. Either way, he was sure it was somehow important and meaningful in some way he did not immediately understand. He wondered if the seer had spied on him yet, there was really no way of knowing if there was a set of eyes peering back at him at any moment. He had spent as much time staring at the skull as he could manage, in hopes that someone was on the other side, getting a glimpse of his face.

Atop the veranda, Cosimo experiences a chance encounter

Cosimo was standing on the veranda overlooking the Bosphorus as the sun was rising. Sipping a steaming cup of bitter, unsweetened coffee with an audible slurping sound, he looked to the street below, where people were starting to emerge from their houses, going wherever it was they went at that time of day. Cosimo enjoyed the privilege of watching them as they shuffled down the street, warm in his layered silken robes, his every need cared for by his faithful servants and friends. He did not consider himself privileged, however. In his youth, he had traveled for many years – enduring many grueling scientific expeditions, working away his early adulthood on his inherited vineyards in northern Italy, his brutal tutelage among the mystics of the nomadic Romani and Sufi. None of what he had had come to him easily. He habitually assured himself that every spot of luxury he enjoyed truly belonged to him. There were few who would argue with him. In part, because it was true, he had worked hard, but also because he had surrounded himself with sycophants who hung on his every uttered syllable. None of them would contradict him for fear of losing his graces, which in reality provided material comfort to many among his inner circle.

As he watched the people hurrying along the street below, he noticed one fellow in particular who piqued his interest keenly. He was walking along, staring at something he held up in his hand. He could have sworn it was his seer stone. He felt a ripple in his nerves as the man passed below. There was a connection there, he sensed it like a spider senses a fly in his web. The strings vibrated ever so gently. It was subtle. Like a butterfly’s wing had brushed against the strings of a harp, or the tiniest of bells with the tiniest of rings had been nudged. Had he not been on the verge of a peaceful state, a quiet in his soul as he was standing on the veranda sipping his coffee, he would have missed the sensation entirely. But he felt it.

It had been a couple years since he had heard from Vlastimir. He had assumed him dead and the mission was abandoned for the time being. At least until he could assemble another crew to send out in search of this mythical being – who now could only be assumed to be a danger and threat to anyone he encountered. After one bungled abduction, Cosimo figured the game was up. The man he sought would now be less subject to the element of surprise, rendering him much more difficult to capture. He would be suspicious and guarded. One thing he was sure of was that he was still out there somewhere, he could feel it, and had even “seen” him once, inside what looked to be a cave of some sort, filled with some unusual stone figures with very low vibrational signals. This was unusual because stone typically did not emit a vibrational signature within the range perceivable even by the strongest of magicks. These statues in the cave did not appear to be composed of typical stone.

Cosimo had conducted many seeing rituals since then in attempts to glean any new information he could, but the stone had gone dark and he could see nothing on the other end. Twice he had gone deeper into his mind than he had ever gone, fearing he may even lose his way back to his corporeal form, but returned with nothing new. Each time, he had to be bedridden for several weeks after the ritual, such was the toll it took to dive that deep into the dark waters of remote viewing. There were lonesome, hungry creatures lurking in those shadowy in-between realms, who longed to feast on the souls and life essence of those who wandered deep enough. Terrifying elder gods who would destroy entire galaxies for one small ecstatic whiff of human suffering. Cosimo feared that if he dove into that blackened pool again that the creatures would get ahold of his essence and he would be unable to return to normal states of consciousness. He had to find another way, it just had not occurred to him that the one whom he seeks may indeed be seeking him. And now, had the fates now suddenly conspired to place him at his very feet? It was a chance encounter too good to be true.