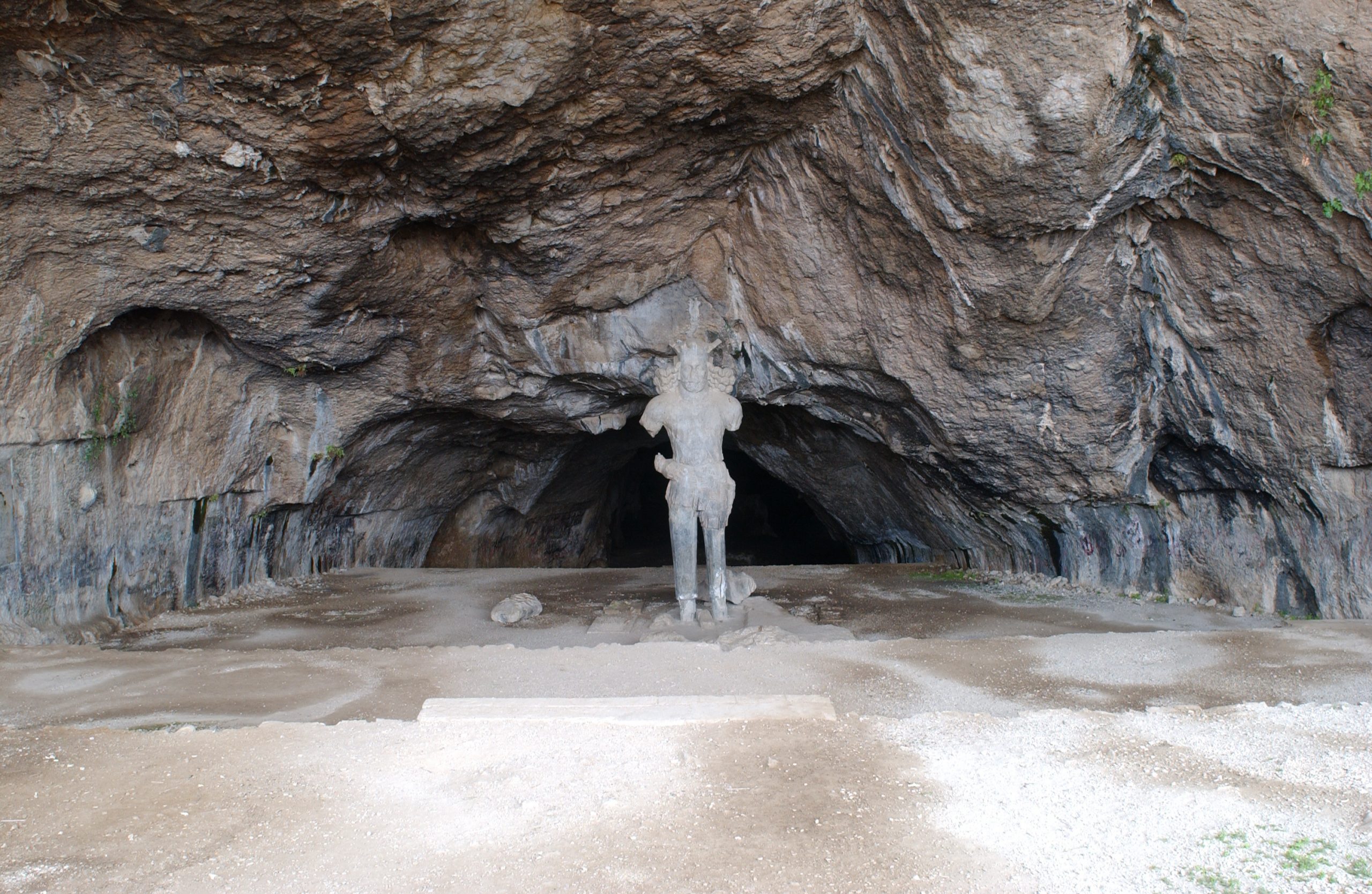 As I sit at my writing table, a loose grouping of stone simulacra surrounds me. Their stares no longer penetrate my being with the cold fire they once possessed. They have lost their edge over time, and becoming simply familiar and dull, serving only as inanimate remainders of my times past.

There is my sweet Nazli, who stands in the center of the circle facing outward, eyes fixed in a gaze of terror, frozen in the moment she realized what was happening to her, her final bewilderment captured forever upon her visage. There was a time I would sit near her and carry on a conversation, speaking into the darkness, remembering how we once spoke as we strolled among the citrus groves of Pazarkoy. Alas, I have run out of apologies, and the well of tears has long since run dry. I have nothing left to say to her, and she cannot hear me. My futile cries bounce from her ears and echo through my halls, mocking me with the cruel laughter of invisible cruel children at play. Continually fooling myself to the contrary leads only to a rather unpleasant and unabiding insanity – a burden which at this time I can no longer continue to bear.

Over the years, many more have joined Nazli in this cold rocky vestibule of my cave. All of them are my own bodies, occupied only long enough to find my way back to this temple and ingest the tincture willfully. This, after all that I have endured at the hands of a merciless fate, as well as the hands of men I do not yet know and have never met.

My brief relationship with the evil men began and ended in 1431 when on the Gumushane road, I dispensed with a small group of mercenaries hired to transport me into some unknown ranks in Constantinople. Upon this accursed road was where I also froze my beloved Nazli with the stone tincture. The others I kicked and shattered, rolling them into a rocky ravine beside the road. But my Nazli I loaded carefully into the caravan and transported here to my refuge with the utmost care not to damage her. It was nothing short of a miraculous feat of strength and will. Alive, she was petite and very light upon her feet. As a stone figure, she proved quite difficult to steer. I had a very difficult time getting her up the hillside and into my cave by myself but I succeeded after many attempts to hoist her with a crude pulley system I devised from boughs of dried pine and a series of ropes.

After finally getting her into my cave, I stood her upright while I knelt at her feet and wept for what felt like an eternity. The only sustenance I took was an occasional drink from the water which dripped off a stalactite just inside the cave’s entrance. Eventually, I died of starvation and dehydration, though I prefer to think of it rather as having wept my way into the dark arms of the endless void. If only it were true.

The bones of Vlastimir’s corpse lie at Nazli’s feet on the earthen floor. There is a persistent brownish gray stain beneath it where the flesh had rotted away in the dark and dank recesses of my temple, tatters of the red robes still scattered around it, unaffected by the decay of flesh. The stench of the putrid corpse is long gone, though for a time it was inescapable and hardly bearable. A strange feeling, that – to look upon the bones of a body you only inhabited for what amounts to a moment in time, then stand above it again full of life once again. Rather than gratitude, I am instead gripped by a deep and abiding disdain. Not certain I shall ever become accustomed to seeing my own body discorporate from my conscious being.

Surrounding them all is a ring of statues, facing Nazli at the center. All of these are representative of my subsequent attempts at ridding myself of the world, or the world of me. I have now attempted to take my own life 22 times in the last two years’ time, all unsuccessful. Each time I woke in a new body, and each time I made my way back to my cave sanctuary, where I immediately ingested a few drops of the tincture and edified myself in stone yet again. These twisted stone idols I have arranged, encircling Nazli. With each subsequent ingestion of the elixir, I positioned myself carefully so as to be frozen in a posture of worship and adoration.

Now I sit here again at my desk, scribbling madly into these pages, and I wonder if it is all for naught. I look upon the hideous gargoyles I have been, a pathetic creature longing to die, longing to be reunited with my love, weeping in prayer to finally be relieved of this curse and allowed to perish. But if there is a supreme deity (other than myself) they have flatly ignored my cries and moaning for release. Being granted none, I am faced with deciding my own fate, and my thoughts return now to my abductors on that road. I find myself drawn into a trap from which I have no hope of escape, and with no reasonable choice but to seek out this clandestine group who sought to whisk myself and my beloved Nazli away from our dream of shared happiness among the groves at Pazarkoy. How I will find them I am not entirely certain, but I have a small idol from the pocket of Vlastimir’s robes, it is to be my connecting dot. In some way, this small white stone idol I now hold in the palm of my hand will draw me to them, and them to me. We shall meet each other yet, and I will punish them with a fiery vengeance they could have never known nor imagined. Henceforth I shall name myself “Micaloz the fire” and the world shall know only the wrath of my flame. I have continually transformed bodily, and so has my sadness and woe now distilled to rage, for I cannot die, and I am forever alone.

Inside my simple forge and upon my crude anvil I have fashioned a magical key, with which I shall secure my sanctuary. Inside I will lock forever the exhausted remnants of my love, compassion, and joy. Where there once was light, now let there be only darkness, and the world will know my plague of eternal night. The only relics to survive shall be those I have preserved within this very cave temple – a lifeless Nazli surrounded by her adoring admirers in eternal damnation.