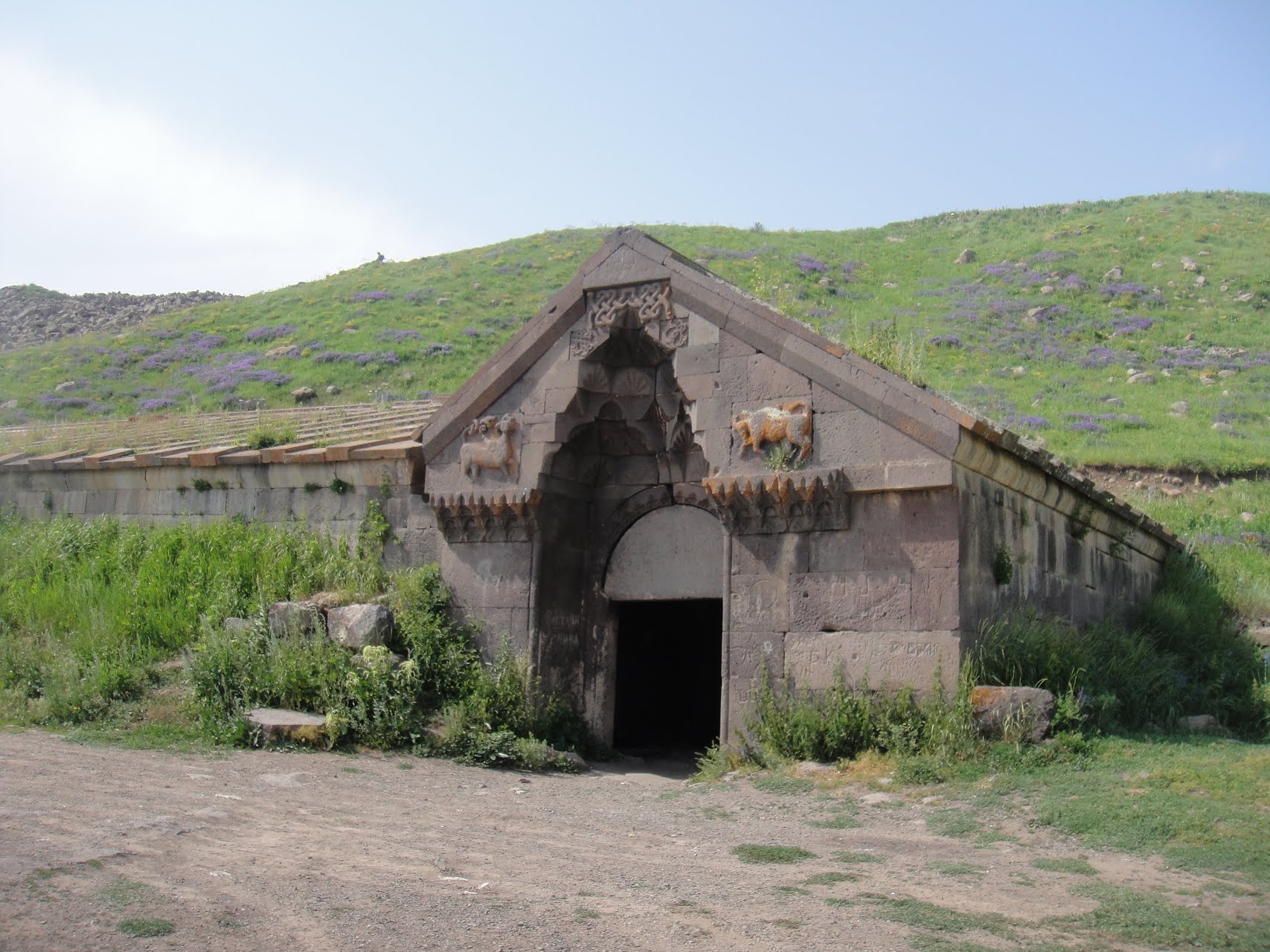 Awakened from a dream

Melek awoke as the sun was rising, shaken by vivid dreams. He reached for his leather satchel and felt for the glass bottle inside. It was still intact. From a pocket in his robe, he drew the small rounded stone the traveler gave him the night before. He held it in his hand, turning it over compulsively. Rubbing against its smooth surface with his thumb and forefinger, contemplating the meaning of his strange dream. There is something inside him, fighting for life, turning in his guts, anxious to spring forth and become real. His thoughts kept turning to Nazil. He had to see her right away to dispel this lingering feeling that she turned to stone.

The men were readying the camels amid the fetid smells of the stable. It was there outside the stable where he spotted Nazil, standing on the crest of a small hill. Her outline silhouetted against the orange light of the rising sun. She heard him approaching and turned to him and smiled coyly. “It’s beautiful, the sunrise. Don’t you think so?”

Gripped by an intense longing to speak his true thoughts, Melek instead bit his tongue. He longed to gush a font of platitudes, confessing his undying love for her. But now was not the right time. He felt he had been making progress with her, they were getting closer, building camaraderie on the road. Certain that if he confessed his love for her it would be returned in time, but Melek had to wait until he was sure. Another rejection at this point would crush his very soul and he couldn’t be sure of what he might do if that happened to him again.

“The caravan is ready to leave, come let’s walk together” he forced a pleasant tone, motioning for her to follow.

Through the broken gate at Kars

Down the hill the caravan moved, through the gap in the wall. This wall once held a massive gate, until Timur and his forces toppled large sections of it. Men worked on a section of the wall north of the road, but the gate had not yet been restored. Several guards stood at the gate and nodded plaintively as they passed through the gap and into the city.

The main road was bustling as the citizens of Kars brought carts full of produce to the market for the day. A few colorful tents clinging to the edges of the road. Various merchants were fidgeting with their goods and chasing away skinny stray dogs who lingered close by, hoping for a scrap of meat. The caravan was undeterred by the shouts of merchants vying for their attention as they passed. The sun was rising over the mountains far away to the south, casting a golden glow over the conical roof of the mosque to the north of the road.

The next caravanserai was outside the village of Selim, about 40 kilometers to the southwest. It would not be an especially long journey on this day and the men were anxious to arrive early so as to provide ample opportunity to eat and drink when they arrived. Selim was a very small and rural village, but there was a bath house near the caravanserai which sat on a small plateau overlooking a meandering section of the Kars river.

Off the road travelers

Travel was light that day. At one point the men spotted a group of riders to the south, moving the same direction but not using the main road. They kept a watchful eye, this behavior was often attributed to bandits. The riders did not approach the caravan at all that day, and by mid-afternoon had disappeared from view altogether.

Arriving at the caravanserai that evening, the men were anxious for a bath and a jug of wine. The men moved the camels into the stable and disappeared down the hill to visit the bath house. Melek and Nazli stayed behind, sitting on some smooth rocks ringing the building. The Kars river snaked through the plains, the setting sun cast an orange and pink reflection across its surface, fading to a deep green toward them.

They sat in the silence of each other’s company, gazing to the west. Both imagining the once familiar market stalls and groves of Pazarkoy. To Melek the memory was a foreign entity. The person whose body he occupied had never traveled further than Yerevan to the south of his home in Gyumri. Yet he remembered it all – the stately home he occupied as Bey of the city when he was Hrant Darbinian, son of a smith. He remembered the mirrored pedestals he placed around the city when mourning his rejection by Nazli’s father, and how he took her far away from him to Gyumri. Now she sits quietly next to him, completely unaware of the peculiarity of his existence.

As the sun went down, Nazli stood and bid a good night to Melek with a small curtsy. She glanced down at his hand fidgeting with the Oltu stone, then turned and disappeared through a small door. The last rays of sun dropped behind the distant mountains as stillness encroached.

Melek spies on the camp

Transfixed by a small group of lights flickering to the south, Melek guessed it was the camp of the mysterious group of riders who they earlier noticed while traveling. It was too distant to make out any details. While it was still early, Melek slipped out under cover of night hoping to get close enough to catch a better glimpse of the riders.

Setting out on foot, Melek crossed the river at a shallow point and continued through the fields. As he got closer, he spotted some large boulders which should provide decent cover and serve as a vantage point. From there he hoped to get a better look at the riders. He crept in the darkness, stepping very carefully so as not to alert the camp to his presence.

Crouching behind one of the large boulders, he peeked around and could see the faces of the mysterious travelers, illuminated by the camp fire. The style of their clothing was unfamiliar to him, and they murmured in a language he did not recognize. These men were not Turkish or Armenian. They were also not Arabic or Mongolian. These men were from somewhere further to the west. Their skin was pale, their clothing resembling the Europeans Melek recalled from the markets of Pazarkoy and Izmir. What would these northerners be doing so far north of the silk road, in the plains of north-eastern Anatolia? Suspicious, Melek watched them for a bit longer before sneaking back to the caravanserai for another restless night in a musty smelling bed.

That night as he slept, Melek had another dream. Strapped to a table while pale skinned men prodded him with some sort of copper wands. All the while they were chattering in a tongue Melek did not understand. In the corner of the room stood the stone statue of his Nazli from his previous dream. On a small decorated table next to her was the bottle containing his reddish alchemical concoction.

As the men poked and prodded his abdomen, a breeze parted the curtains in a window, allowing the moonlight to come through for a moment. It cast a cold glow across the cheek of the stone Nazli, and Melek thought he noticed a teardrop escaping down her cheek. It caught a faint sparkle from the momentary moonlight. He tried to reach out to her but found his hands shackled to the table. The breeze blew again through the open window, whispering in Melek’s ear a phrase now becoming familiar to him: “There is only the law.”