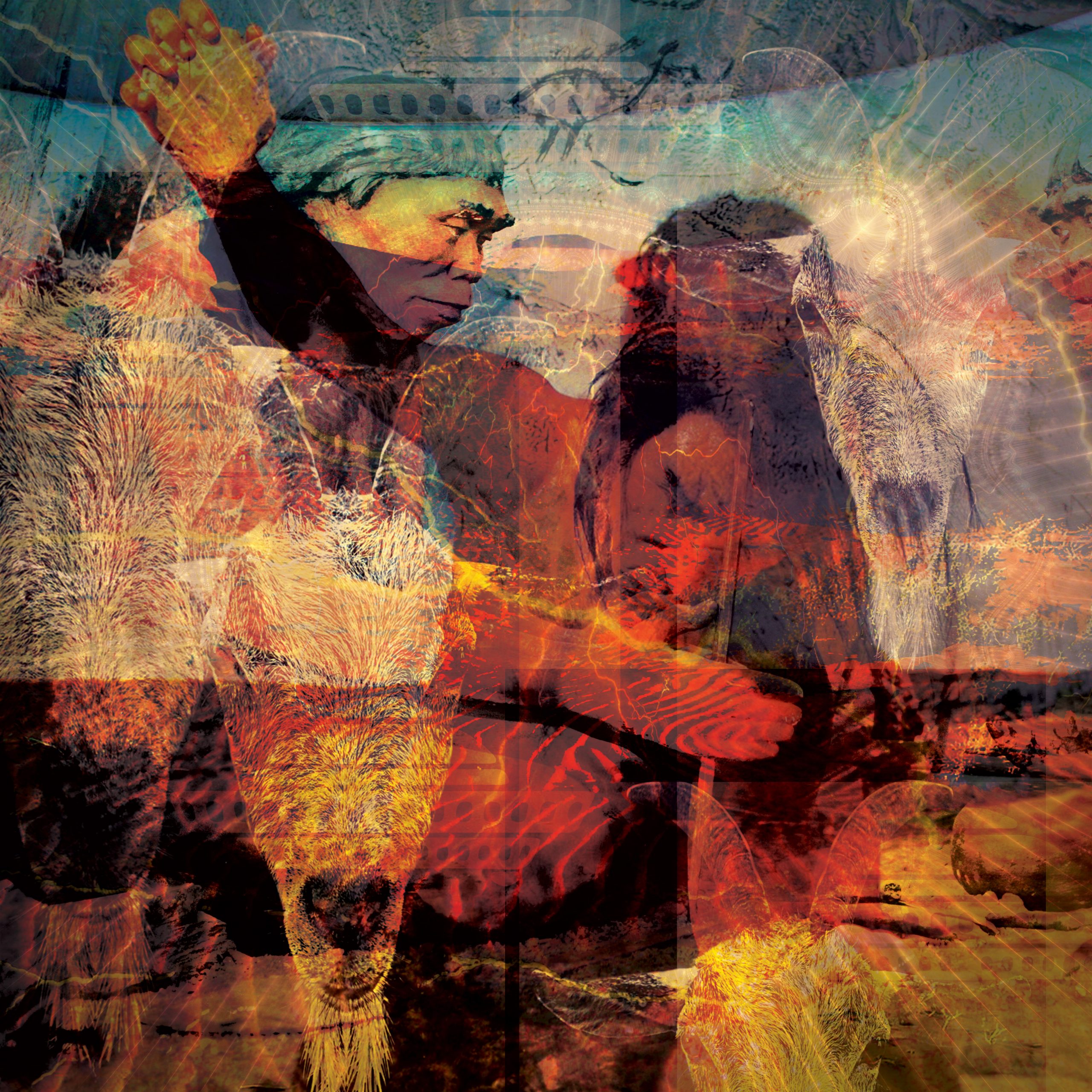 “Man with all his noble qualities, with sympathy which feels for the most debased, with benevolence which extends not only to other men but to the humblest living creature, with his god-like intellect which has penetrated into the movements and constitution of the solar system- with all these exalted powers – Man still bears in his bodily frame the indelible stamp of his lowly origin.”
– Charles Darwin

The birth of the myth

Early humans did not understand

The earliest humans did not understand death. One moment a person is conscious and aware, the next moment they are gone, irreparable. Where is the seat of this consciousness? Perhaps it exists in some kind of organ in the body? A special receptacle of some sort?

A cycle of eat and be eaten

Early humans began eating animals which they would kill. They saw other animals feeding off a carcass and learned to follow suit. In the process, they gathered the knowledge to begin cleaning their kills, removing the hides to wear upon themselves. In removing the organs from the animals’ bodies, they gathered a very rudimentary knowledge of anatomy, and yet the question lurked in their minds. Where is the seat of the soul? What is it that leaves the body upon death, and from where does it originate and depart? Where does this “aliveness” come from? Is it stored in the body in some sort of receptacle?

In the midst of the propagation of human life across Gaia, there came to be a most singular being with a most singular awareness. In this singular and unique awareness there was a spark of light which could not be extinguished. When death overtook this individual’s body, the mind seemed to escape unharmed and suddenly found itself repositioned inside a new carrier body. It took many repetitions of this phenomena to occur over several generations of early humans before this singular being became gradually aware of their unique quality.

Wondering around in the wilderness

This particular and quite singular human was especially curious with regard to the nature of life and death, especially upon realizing it affected them differently than the others. They were curious to such an extent that they were eventually viewed by other hominids as a danger and a threat. They knew nothing of this individual’s unique ability to become reincarnate upon death, but they recognized in them the proclivity toward violence and extreme if not unnatural fascination with death. Other humans began to react with fear toward this being. His mind is continually plagued by questions raised time and time again as bears continuing witness to the death of others and yet in seemingly unable to experience this himself.

At one point when performing a crude exploratory operation upon a recently deceased body which this being had occupied just a short time before, something new and inexplicable happens. As the sun is disappearing behind the tree line, a small group of human hunters gathers around this special being, intent on killing him out of fear.

Just as their spears were raised, a bright light begins to flash and emanate from the core of this special being. The light is so bright it renders the observers permanently blinded. Looking down at his own hands, the special being suddenly realizes in full what is happening to him. He can see his entire past, recall all the memories of his previous incarnations. In addition, and most startlingly, he is able to see future manifestations of his own life with incredible and staggering detail. Looking around at world around him he sees it now as a very different place. He can see the connective tissue binding all living beings, like strings or singular threads of a spier’s web. He can see now what he had been seeking for so long: the small pit of light at the center of every human, in the seat of the soul.