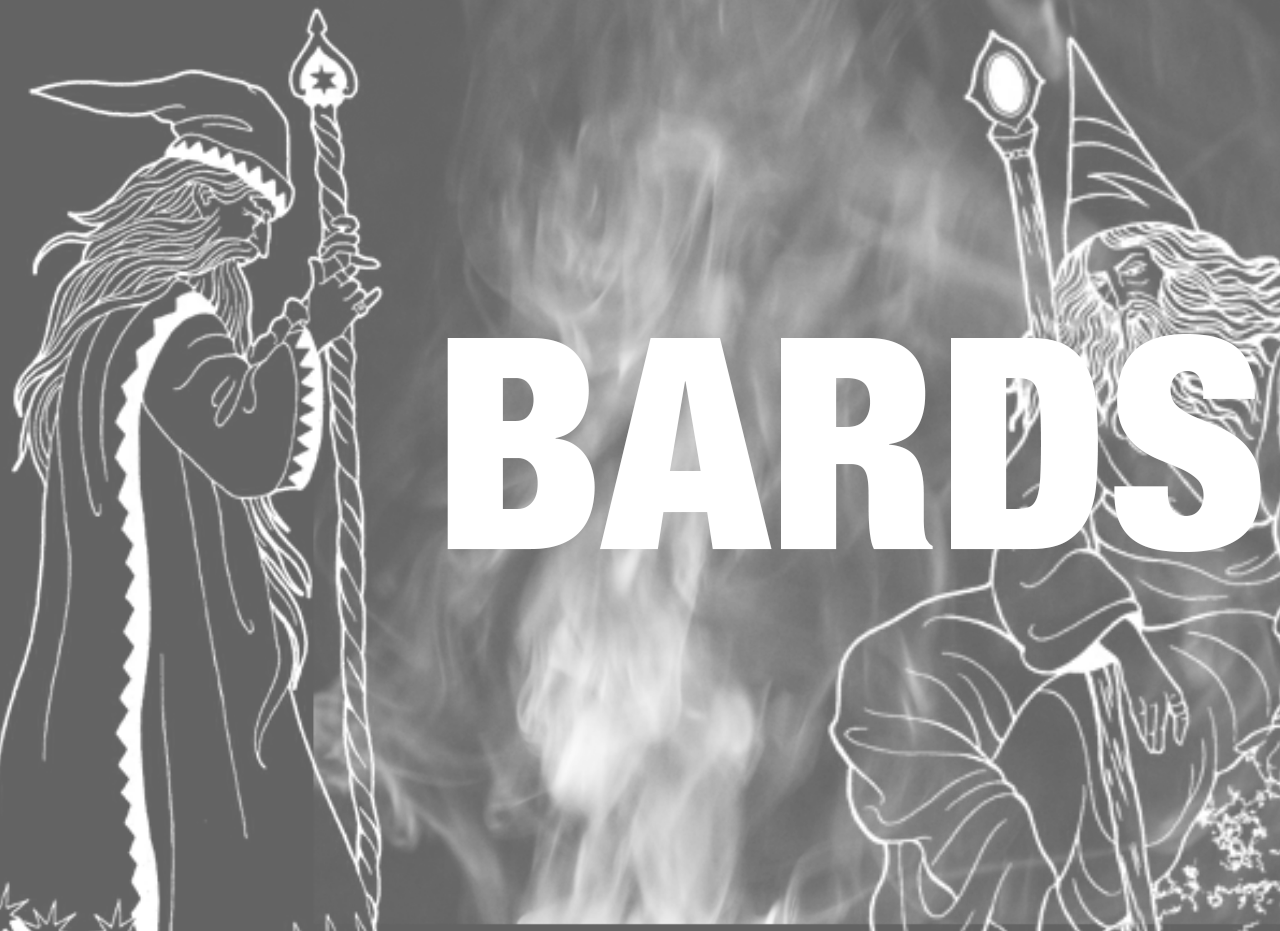 BARDS of the Morning Star

Who are The BARDS?

The Bards of the Morning Star, or “BARDS” for short, are a tight group of mystics whose sworn duty to the universe is to recount the story of the Shining One utilizing the time honored oral traditions of song. Information for the stories behind the songs is periodically divined through the Mystic Tape Deck by our editors and published regularly here on this website. As each “chapter” of the story unfolds, the songs are added to a taxonomical listing of the stories to which they correspond. The stories will also be represented on a timeline to provide a scope for the reader as to the years in which they take place.

The bulk of the musical epic is currently in the process of being written and original drafts recorded, with an official release in the works. It is our sincere hope that eventually the project will receive ample crowd-sourced funding to ensure publication and subsequent distribution.

This list represents the tentative order in which songs will appear (subject to change). The BARDS work tirelessly to get the songs written and recorded so we can move ahead with the nest phase leading to an official release. This official release will also include an illustrated story book not available elsewhere.

Q. Are The BARDS a band?
A. No. The BARDS are not a band in the sense that word is typically understood. They do not “go on tour” or “play shows.” Occasionally special one-time performances of portions of the material may be scheduled but in the traditional sense, the BARDS do not fit the common description of a “band.”

Q. Who are the BARDS, really? What are their identities?
A.  The BARDS are a rotating cast of musically and artistically inclined beings who have received the “radiant host” and who have been chosen to walk the glowing road. Their identities are mostly unknown to the editors here, as communication with them is performed across an oxide barrier imprinted on a tape within the Mystic Tape Deck. Because of the unusual nature of the flow of information across this barrier, it is impossible to determine at any given time exactly who the BARDS are as individuals. Nor is it relevant.

Q. I have something which I believe I can contribute to this story and project, how do I do so?
A.  First of all congratulations on having received the “radiant host.” When you have an idea you think could contribute to the project in some way, the first step is to contact our editors. They will then reach out to you and determine the best way to integrate you into the process. The best thing you can do is to be prepared for that contact and have some examples ready which demonstrate your abilities to contribute in your chosen medium. You are not limited to contributing musically, all mediums are potentially welcome, there are many ways to participate.

1. The Panspermic Abiogenesis of EA (instrumental)(new)
2. Rubbing
3. I Am The Light
4. To Bend The Law
5. Hunting Season
6. Fleeting Protons (pre-reprisal)
7. I Want To Live
8. A Thousand Lives Later
9. Something is Coming
10. I Will Love the Light (For it Shows Me The Way)
11. Cumulous Cloud (maybe with full rewrite)
12. Eve Of Destruction
13. Swell
14. Eden is Emptied
15. Bleeding Protons
16. The Spontaneous Mechanical Repopulation of EA (instrumental)